Under the definition of feminism lies a range of different movements, concepts and ideologies that share a common goal to find equality in economic, political, cultural, personal and social settings. Written by our supporters.

Some question whether feminism, and with it women’s studies are still something needed today. Of course a questions which would never be posed by someone who has undergone such studies, and even if it’s a highly relevant field today, there are any who live under the assumption that this is an issue of the past. It may be easy to think that we live in a society having gone past and overcome an era where women were oppressed, however to bring just a couple of examples to why women’s rights advocates and practitioners educated in women’s studies are needed.

Across the market you will be able to identify a clear wage gap between men and women in the same job positions. This of course is an issue which also applies to race, and something which often goes without mention. Factors such as motherhood are in many cases seen as a negative by employers. Women are also often less likely to negotiate hard for salary benefits, and on top of that it’s more likely for women to get penalised in their jobs asking for a wage increase then for a man.

Unseen and unconscious bias against women as logical minds

There are currently also a common bias, a generally accepted and unquestioned assumption that women are not scientific minds. This too common with many progressive, open minded and equal right’s orientated social groups. And what is worse, is that often women themselves are subject to their own bias against themselves in these subjects. However these fields which are traditionally seen as male it has been proven in a wide variety of tests that women in these fields often score higher than their male counterparts on such tests. It’s strange then to see that their applications are more often declined. The stereotypical science geek is made out more often than not in male format and many of the cultural biases that we hold are deeply rooted and leads to a generally distorted image of gender equality.

Under-represented in almost every field

From the general point of view, looking at widespread positions across the globe, when it comes to influential posts, politics and industry, women are greatly under represented, and the higher up the ranks you go so, the more true such a statement becomes. You could describe the issue as hiding in plain sight, as it’s no secret, but it’s also generally not noticed, and therefor accepted. Active feminism is required, not only to bring light upon these current issues, but also to take action against this oppression of sort, which is generally ingrained in both men and women.

From the toys we provide our children to the views and ways we pass on, feminism plays a most vital and crucial role in bringing us the awareness required in order to bring our children up. The classification into gender roles are evident not only in how we dress our children, to what toys they have, what we encourage in them and how we identify their characteristics.

In order for change, and in order to bring both our boys and girls up in a fair, equal and great way. We must instil them with our view, a view which must be educated and aware enough to not pass our gender stereotypes on to our children.

Advertisement and media portrayal of women

Although many may pass commercials and posters which we see and are exposed to in our daily lives as background noise, the fact is that it does have influence on our mind and our way of view. What is worse then, is how women and men are portrayed, how advertisement are segregated between the genders. And going back to the previous point of responsibility towards future generations. Children’s advertisement and toys are becoming increasingly separated between boys and girls, and even toys such as Lego are becoming more and more gender oriented. There is a great danger in allowing gender identification root so early in a child’s development, closing doors and placing up barriers of opportunity and possibility, which may last for a lifetime.

Passing though and down the ages 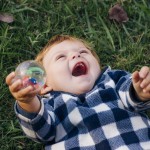 There are many aspects today which are evidently based in some sort of gender identification and social situation which has structured a culture of certain norms. One of the aspects which the team here sees extra clearly is that of the toys we give our children and what we teach them though our own actions.

In order to be able to be the best type of role model for your child, or children in your proximity it is important to ensure that you don’t behave in improper ways from an equality point.

This of course is much easier stated than put into action, and how to start is difficult enough. Knowing what biases are in ourselves and in our behaviour is not an easy task. On top of that it’s a great responsibility to bring someone into the world and teach them what you can about life. One that shouldn’t be taken lightly, as it will reflect on the future they and their children will have.

Thought is required, and as many, also we stand firm behind the belief that education is key. Education in the right things will pave the way for righteous behaviour as long as it in education with relevance to what it is to be human and what it is we need to be aware of in ourselves, in our communities and in the world that we currently live in.

Steering the global development in the right direction starts with each individual and their approach, method and view of life. Getting an education in women’s studies, gender studies, feminism or anything else of the sort will no doubt be a mind and eye opening one.

Equality and equal rights are not always equated

It is true that over the course of modern history women’s rights have been fought for, and legal rights and opportunity has been instated to what could be seen as equal to those of men. However, there is still a very present and pressing issue with cultural oppression, something which is not as easy of an issue to address as it is to simply instate a new rule or a new law. What is ingrained in the minds of many one can simply not just wave a wand at, making it go away.

Feminism plays a vital role in carrying the new rules and regulations to the point of cultural implication, something that runs much further than just the conscious mind and lies in the behaviour and unquestioned views of a culture. If you for instance take slavery as an example, an oppression without like which ended a century and a half ago, but reminisce in culture, racism, prejudice and other related issues are still issues we deal with today. This is a clear testament to just how long things persist in the minds of people being passed down through generations, and for the most part, this doesn’t happen in a conscious mind.

Oppression of any form is not something that goes away overnight, and an active movement to fight for change will always be needed. Equality is something that will inevitably be beneficial for all, as an example, single fathers face the same struggle as single mothers do, boys and girls suffer from being forced into specific gender roles and when it comes to careers and opportunities, gender specification hurts everyone when things such as freedom of choice become second to a gender specific expectation to fill.

In some views the act of education in women’s studies can be defined and seen as activism. However it could of course also be seen as an academic field of study without the application of necessarily being of a nature pushing for change.

Widely spread, and a more and more commonly used modern term for action taken against injustice and inequality. There are currently a wide range of organisations and movements taking on ways to speak up and rebel against institutions, bodies of power and state. Common areas of activism are environmental issues, minority issues, animal rights and politics. However activism is not a limited to a specific type of area but a method of standing for equality.

Although the acts in which protest are performed vary, there is always an agenda of trying to implement change and liberate. Commonly in activist operations you can find demonstrations, protest, boycotting, letter writing and publication, visual arts, bodily demonstration, education, strikes and much more. The means of which an movement places their ideas and ideologies vary much depending on the size and the nature of the movement.

Activism for social and political change 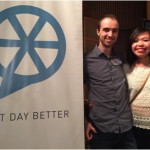 Today the world is a cacophony of different processes, and although we as a race are trying to keep things in order, there is not much more than that illusion of control and thinking we actually know the outcome of our choices. From the perspective held by the team here the only real strategy of change is of course to live the change you would like to see.

Some changes are harder to implement than others, and of course the process takes on a different from when it is taken on in mass and as a global reform. What is know is that when it comes to the social political state of the current world, the single person can seem a small player on a vast field or organisations, businesses and governments, at some points leaving the individual feeling powerless in the face of it all. However, this by no means mean that there is not a possibility for change, but more often than not it doesn’t come easy. Much like any personal change in your life doesn’t come easy. It’s continuous problem-solving and doubt to weather one’s actions are helping or harming ones cause.

For example, if you are a smoker and you have had a go at stopping, you soon come to see that it’s not only the habit of smoking that needs to change, but it influences several parts of you life which you never accredited to it. The same is true for any change which is in need of implementation on a larger scale.

The team here is of the firm belief, that no matter the size or scale of things, any change has to first happen within the person who is advocating it. Only from there can that better future we are trying to build happen, and of course the first step and the key to all things, is education and realisation.